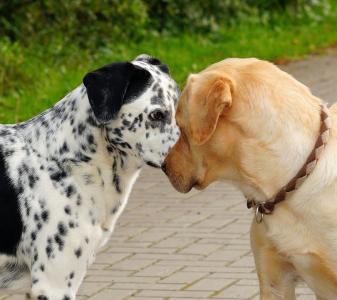 At TIFF 2016, the Irish-German film star Michael Fassbander discussed his acting career with a live audience. Of particular interest was the discourse regarding his role in the 2008 film Hunger.  In it he plays the character of Irish republican Bobby Sands, who in 1981, led the inmates of a Northern Irish prison in a hunger strike.  The film contains a riveting scene between Sands and Father Dominic Moran (Liam Cunningham) who beseeches Sands to give up his protest. Notable is the 17-minute continuous shot of this conversation, where the dialogue is unbroken and the camera remains stationary the entire time.
To prepare for this acting challenge, for 11 days, Fassbender shared his apartment with Cunningham where they practiced the scene a dozen times or more each day. At night director Steve McQueen would come by with notes and suggestions for them to work on. Fassbender confessed to the TIFF audience that although they practiced unfailingly and continuously, he purposefully never gave it his all.  He always held something back for the final take. Inherently, he knew that holding back was the best way to produce an incredible end product.
Fassbender has mastered his strengths. We too, need to be selective about which situations to give our full power to, in order to prevent our strengths from becoming weaknesses. To calibrate where and how much to expend. This necessitates knowing our self, knowing our audience, evaluating each circumstance, and ultimately… exercising judgement. The thoughtful use of judgement is an art, not a science. While Fassbender went on instinct, many of us become enmeshed in the machinations, researching for validity before making decisions or taking action. He used his judgement to decide when to modulate and when to pull out all the stops.
It is very easy to overuse our strengths. When looking back at our achievements, we will almost always give the credit to the characteristic(s) that set us apart. We take pride in these attributes and wrap them around us like a warm security blanket. Because we are very comfortable using them it is not surprising that we turn to these behaviours and use them in full force, especially when we are tired, overwhelmed or under stress. It is also natural to overuse them when we are attached to the outcome and really want to demonstrate good performance.

However, going full out, all of the time can get us into trouble. Take, for example, the office manager who views himself as a good relationship builder, assuredly a great attribute when used in moderation. Should he overdo it, however, and begin to accept lackadaisical work from his direct reports, eventually he will end up with lackluster results. Or, consider the high-performing production manager whose vigilance makes her exceptionally effective in her position, where she efficiently delivers quality products at competitive costs. If on the other hand, she becomes overly controlling and dials up her focus on the goal to the extreme, she runs the risk that her employee relationships will suffer. By overusing their strengths these talented managers convert them into weaknesses. Their Virtues become Vices.
I have a friend who uses a Corvette as a metaphor to describe herself. While she acknowledges that she was designed and will always have the ability for great speed she knows that she doesn’t need to put the pedal to the metal every day. When driving through a residential neighbourhood she will consider the setting and dial it down. She is still a Corvette but not only is she not over-exercising her muscle she isn’t getting any tickets either! My friend demonstrates much more situational judgement than many CEOs. I worked with one who was overly optimistic. Although I often admired his positive outlook and ability to look on the bright side, it could be frustrating when he was airily dismissive of my requests to discuss contingency plans for when strategies might go sideways.
American leadership coach Marshall Smith, author of the book What Got You Here Won’t Get You There wrote about how difficult it is to change what we have previously adopted and consider to be winning behaviour. He has said that most organizations are totally geared to put in place recognition and reward systems for achievement but rarely give credit for ceasing to do something bad. They are flip sides of the same coin. This stuff is easy to understand but hard to do, he says, yet the higher we go the more our problems are behavioural. He tells his clients that making changes is the difference between being a great or near great leader.
In my experience, a strength can become a weakness through overuse, but the great news is that it can also be turned back into a strength by inserting some of its polar opposite attribute. Most of us are reluctant to adopt our opposite traits because we have been conditioned to place such a high value on our own personal strengths, and consider them to be the superior and only option. For example, if we pride ourselves on being up front and direct we are unlikely to see the value in our being reserved and reticent but it is exactly the use of the combination that will make us more successful. Similarly, those prone to action will fare better when they stop for reflection as will those who insert a little caution into their confidence.
We are the products of a lifetime of conditioning, but our behaviors and the way that we do things are not givens. When it is not taking us where we want to go anymore, we can and should adjust our compass point. If each of us would stop and use judgement to evaluate the situation, measure the audience and consider utilising the opposite of our primary strengths, we could avoid the pitfalls of overusing our virtues and like Fassbender, temper our performance to achieve outstanding results.

Book
Betty-Ann For Your Next Event

Order Your Copy of
Gender Physics

Get in Touch With Me

Scroll back to top